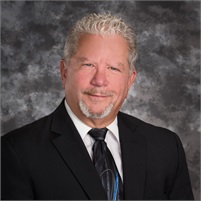 Steve brings over 30 years of financial advising experience to his clients. He believes that world events have a direct effect on the goals of individual investors. Steve prides himself in his ability to interpret how current events may impact his clients and then helping them build a financial plan that meets their needs.

Steve is a Certified Financial Planner™ (CFP®). He leads The Anderson Group, as well as, serving as Associate Branch Manager. Before becoming a manager at Baird, Steve was a Branch Manager for Hilliard Lyons, and First of Michigan.

He is a proud graduate of Michigan State University. In 2015, Steve completed the Wealth Planning Essentials Program through the Wharton School.

Steve is active in several business and community organizations. You might also recognize Steve as the voice of the Ticker Tip announcement and Money in Your Pocket segments on WSGW radio. 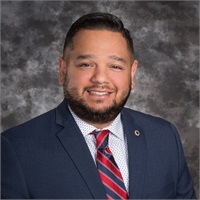 David holds the FINRA Series 7 and 66 registrations. He furthered his education by completing The Wharton School of Business’ Wealth Planning Essentials Program. He is licensed by the state of Michigan for life, accident, and health insurance. David occasionally provides market commentary on WSGW radio’s Ticker Tip and Money in Your Pocket segments.

David volunteers with several non-profits including the Jackson Host Lions Club, Lions Clubs International’s District 11-B1, and Saginaw Field and Stream. He is a member of Saginaw County’s Chamber of Commerce Young Professionals Network and a 2018 graduate of their Leadership Saginaw County program. David attending the Lions of Michigan Leadership Institute (2017), Graduate Institute (2018), and Masters Institute (2019).

David and his wife Anna have six children. Their children are very active, which occupies most of their free time. When he is not busy with his family, David enjoys shooting guns competitively and hunting. 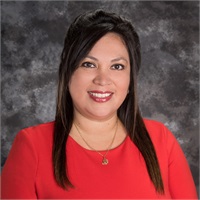 Eva has provided services for investors since 1992.  She draws from a deep well of administrative and client service skills.  In addition to being a Notary Public, she holds an associate's degree and Gold Club Award from Davenport University.  Eva is a very active community member, formerly volunteering with the St. Charles Helping Hands, St. Charles Athletic Association, St. Charles Key Communicators Group, Past President of the St. Charles Music Association, a current member of Mary of the Immaculate Conception Catholic Church and has completed the VIRTUS training to help with the Youth Ministry.

Eva and her husband Larry were married on July 3rd, 1993 and have three children that she is extremely proud of.  Jacinda (1995), Kelsea (1998), and Alexander (2000) were all very active during their school years and continue to be involved within their colleges, careers and community.

Eva takes pride in her work and considers her team members as a second family.  When Eva has some down time, she enjoys spending quality time with her family and friends.